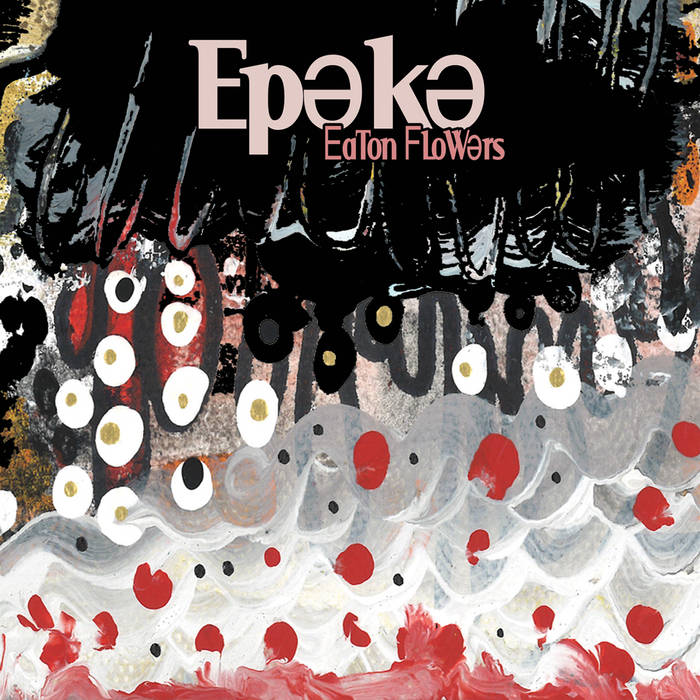 all the stores are closed

Eaton Flowers returns this fall with his third full length album titled Epəkə to be released on cassette by SDM Records, making this SDM's 40th addition to our ever growing catalog!!!

"Under the name Eaton Flowers, Portland avant-garde guitarist William Hardy makes what could be called layered canvases of psychedelic trip-hop—soundscapes that continuously evolve and can be enjoyed from many different angles. His work has been compared to painter Jackson Pollock for its kaleidoscopic density and the feeling that each song, especially his longer pieces, communicates many different variations on a theme. It's music that's perfect for a long hike in the forest, or down a rainy city street—any setting where the goal is to internalize an abstract view of reality."

"...the aural equivalent of a Jackson Pollock action-splatter painting, a Kandinsky canvas of abstract shapes, colors, and textures, which spring to life with flying devil fish inside yr mind, over a herd of stampeding buffalo, while the sky is the color of television, tuned to a dead station.

For anybody that digs adventurous guitar music, abstract instrumental hip-hop, and otherworldly sound sculptures, frequently at the same time"

SDM Records focuses primarily on artists from the Pacific Northwest, with common unifying elements including: the use of digital and analog electronics, a penchant for experimentation, a lack of reliance on traditional song structures, free-form or improvisational approaches, appreciation of the absurd, a tendency towards the surreal, open ears, boundless will, and adventurous attitudes. ... more

Bandcamp Daily  your guide to the world of Bandcamp

New sounds from Mavi, Ivy Sole & Moderator, plus AJ, the One joins the show, for her latest release